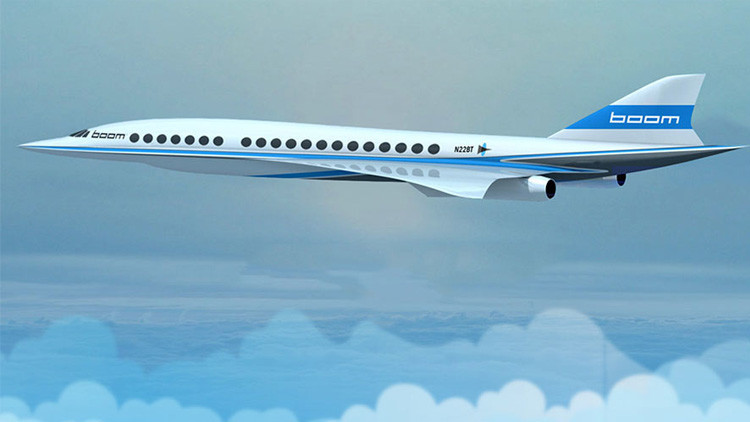 The head of Virgin Group,  Richard Branson, tries to buy 10 supersonic aircraft that would begin a new era of traveling long distances and superfast at ‘low cost’.

The British tycoon has confirmed that Virgin Group consider ordering a dozen newly revealed Boom aircraft, which will be able to reach 2,335 kilometers per hour, about 160 km / h above the speed of the famous  Concorde, and take 3.4 hours to fly from London to New York. A prototype of the Boom aircraft is being built in Colorado (USA) by Boom Technology and is expected to make a test flight in late 2017.

Virgin Group aims to contribute to the project in the phase of construction and testing through its affiliates Virgin Galactic and The Spaceship Company, the company said , quoted by ‘ The Daily Mail ‘.

This modern aircraft will have only 40 seats in two rows separated and the passage cost about $ 5,000.

“The idea is to build a faster rate than any commercial aircraft ever made ​​aircraft but keep the same price class ‘business’, ” said Blake Scholl, founder of Boom Technology, interviewed by the agency  Bloomberg.

According to Scholl, the same will be constructed with composite carbon fiber rather than aluminum. Also, the employee claimed that the market share that could occupy the new supersonic aircraft would be around 500 routes, including a five-hour trip from San Francisco to Tokyo and six hours from Los Angeles to Sydney.

The Boom planes will fly at 18,000 meters height, from where passengers can glimpse the curvature of the Earth.

According Boom Technology, its  aircraft will be quieter and 30% more efficient than the Concorde.