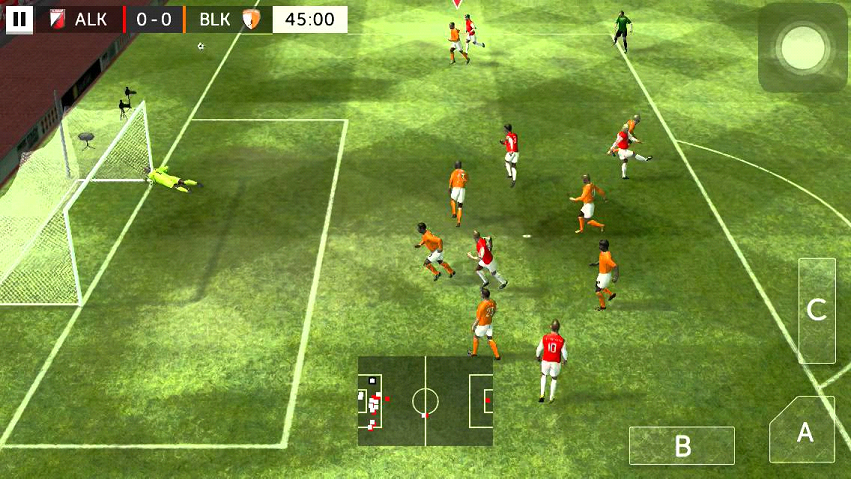 Football is like a religion that is followed in every street, area, city and then the whole word. That is one of the reason why its games are also most sold games all over the world whether they are on PCs, consoles or on mobile devices and FTS 15 is one of them. 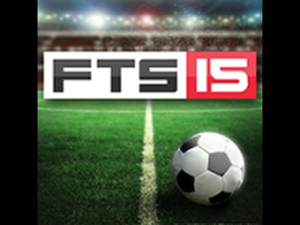 It is played in every street, every lane, stadiums and by some, even in homes. No wonder why this game has a great history. In some countries like Brazil, Argentine, Spain and Germany, most people make their living and live and die for this game. That is one of the reason why its games are also most sold games all over the world whether they are on PCs, consoles or on mobile devices and FTS 15 is one of them. You can also download FTS 15 apk free for your Android smartphone but it is better that you first read the review on the various features of this game.

First Touch Soccer 2015 A.K.A FTS 2015 is a football simulation game for IOS and android users that was first and originally released for IOS users by X2 Games and First touch games. Android users got their version later. This is one of the most realistic mobile phone simulation on the respective platform. It reached great heights of success right after the first game got released. Firstly it appeared on Apple but then when it got famous, it also got its Android, Windows Phone and other mobile operating system versions.

This game is considered as one of the most realistic football game for mobile phones and received great appreciation all over the gaming circles for its realistic gameplay, beautiful graphics and impressive modes. There are three major game modes Manager, training and daily challenge match mode. In Manager mode, there are 24 teams available from the 8 top football leagues of the world where you can play your club and win grands. In training mode, you can learn how to play the game and get prepare for the manager mode and all the fun while in Daily challenge mode you will get two team and you’ll be able to play a match by choosing a team for yourself that could be from Spanish, English or any other major football league. 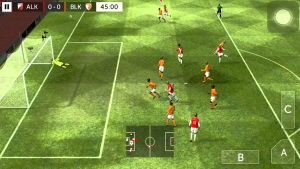 You can make your own club, buy good player with the points you earn and have more fun with manager mode than even. Also in manager mode, opponent teams will no longer have 100% health that will surely be a matter of great advantage for players. 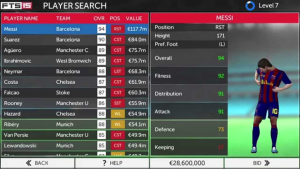 The game got some really good scores as soon as it stepped on the app stores having 4.5/5 on google play store which shows that good this game is to play.

First Touch Soccer 2015 is the game which has the most realistic football gameplay, players have ever seen. Movement of the ball, movement of the players, immersive graphics, marvelous visual quality, sound FX, dribbling, passing and everything that happens on a football pitch is so amazing. In FTS 15, you can play career as player or as a manager. Playing as a manager brings more fun but a lot of work and things to look out for. While playing as a player it is easy since you only work as a player and all things get managed automatically. Manager mode gives you the advantage of handling thing on your own and you can create everything just like you would want in your football team. This is the reason why most player go for manager mode. To progress in the game, you will need to win matches which will bring you coins and points. Spend these to buy different items such as kits, football, players, upgrade squads and abilities and that’s how you progress in the game. Each time you reach a new level, there comes from items in the catalogue and you can use them to make your club unstoppable. Compete in the leaderboards and online all around the world to show them who is the boss.

XDA developers surely won an edge over other developers due to their insane work on visuals for a mobile game. All the visuals and effects are so unique and immersive that nobody would want to play game other than FTS 15 when they go for football games. Having used latest technology, the grass and stadiums appear beautiful which surely enchants the hearts of players. Along with visual, there is a great progress on the Sound effects too. Commentary and chanting of the crowd builds up the morale in the game. Commentators make beautiful comments, stadiums are exotic and also these is an immense work on the appearance of the players.

In FTS 15, controls are very easy and right on the fingertip of the players. There are two type of controls. These two are automatic and manual. While playing with automatic controls, you got to touch on the screen for passing or shooting. Swiping the screen in different directions would do the dribbling and running for you. In manual controls, there are buttons given for each task. For instance, these is a button B to pass the ball and A to shoot. There is also an analog type touch pad at the left corner which helps you to move in directions.

The game got some really good scores as soon as it stepped on the app stores having 4.5/5 on Google play store which shows that good this game is to play. Being an awesome game, it got very impressive remarks from both critics and the fans. A rating of 4.5 is a proof of awesomeness even after millions of votes. App Smile said “Replay value is outstanding, as there are plenty of modes to keep you busy and a multiplayer mode to find human competition when the AI just doesn’t cut it”. App Spy said “First Touch Soccer pushes the football genre a little further on the App Store and while it may not have the exact same features as console titles, it makes up for this by being a top competitor on the field itself”.

Now you must be ready to play this exonerating game? Download game from the links below or download the apk file to your phone and start a great FTS career.