The Micromax A110 Superfone Canvas 2 is the talk of the town. Micromax has never failed to impress, particularly with its propensity to aggressively deflate prices to blow away competitors. And the electronics manufacturer has done just that – the Micromax canvas a110 superfone has captivated the market with its highly affordable price, and not to forget, its stunning features. Let us look at the Micromax a110 superfone canvas 2 price in India and its features.

Micromax A110 is the upgraded version of Micromax’s first budget Android phablet, the Micromax A100. It comes with a better processor and a better camera than its predecessor. The A110 is the augmented version of the A100 that hit the market in early 2012. The A110, launched in October 2012, has been a hit ever since. The device is currently priced at 9800 INR as in February 2013. 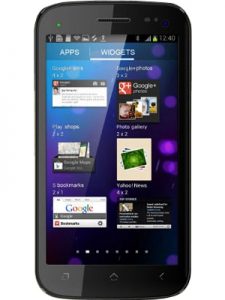 The A110 is equipped with a dual core processor and a RAM of 512 MB. The device’s internal memory capacity is 4 GB and externally, the extension capability is 32 GB.

The phone comes with an 8 mega-pixel camera with a dual LED flash. Although bearing a resolution capacity of 8 mega pixel, the phone’s camera isn’t very impressive. The camera is ineffective at night even with the presence of the LED flash. During the day though, clarity of photos is quite good. Captured videos lack satisfactory quality and the clarity isn’t all that great. This is probably the only area where the phone has failed to impress.

The device runs on the powerful Android 4.0.4 Ice Cream Sandwich. The phone is WiFi and 3G enabled, has a Micro USB port and a 3.5 mm jack.

The interface ranks high on usability with many new features and options being available against the previous model. Sound quality of speakers is decent but the maximum volume limit is low. The volume and the clarity are seemingly good on earphones though.

The Micromax A110 is fitted with a 2000 MHz plastic battery. The battery backup is pretty good and survives for about 7-8 hours.

Overall this is the best budget smart phone. Considering its specifications and performance it is pretty good value for your money. If you are looking for high end specs and decent build quality with lesser budget then this is the best

That’s about the Micromax A110 superfone canvas 2 price in India and its various features.

The above article about the Micromax a110 superfone canvas 2 price in India  was contributed by Ajay Chauhan from  91mobiles (pronounced as ‘nine-one-mobiles’), which is a comprehensive Mobile phone portal for Indians. One can find latest Mobile phones, best deals on mobile phones, their reviews and even videos related to each and every phone model and can do Online Mobile Shopping. The site aggregates content across major online retail stores, mobile blogs, press-release agencies and news sites and presents the information in an easy-to-understand format.