Finally the most awaited phone from HTC, the HTC Butterfly was launched in India after teasing on its facebook page for several weeks. It is another phone that comes in phablet series phones but this phone is far far ahead in terms of configuration and specification compare to many other phablet phones.

HTC Butterfly is simply the most admirable Smartphone created by HTC so far. It looks so good and great in performance with 1.5 GHz Quad core processor and 2 GB RAM, first and the only phone with 1080 p display, big 5 inch screen with 441 ppi display and corning gorilla glass 2 protects it from any scratch or breaking, it has the best camera when compared to any other mobile, support 16 GB internal and 32 GB external memory and runs on android 4.1 Jelly bean with a price tag of 45990 INR. 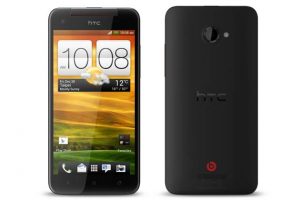 By far this is the only Smartphone of the world that has 1080 p display and its 5 inch super LCD 3 touch screen has a massive 441 ppi pixel density. Its resolution is 1920 x 1080 pixels and you can say this is the first full HD phone that is released in India. Its screen is protected with the Corning gorilla glass 2.

Performance wise HTC Butterfly can be termed as a beast as its powered by qualcomm 1.5 GHz quad core snapdragon S4 processor with 2 GB RAM that means you can run almost anything on this device. Its battery is 2020 mAh that is expected to give a good performance. You can play a full HD movie on this phone and it would never stuck at any moment or you can play any game on it without worrying about performance.

It has an 8 Megapixels auto focus camera with 28 mm lens and F 2.0 aperture for best pictures, BSI sensor with LED Flash makes sure you get very clear picture even in darkest place. This mobile can record full 1080 HD video and its front camera is 2.1 megapixels that also support 1080 p resolution. As this mobile supports HDMI connectivity, you can watch all of your recording on your High Definition LED TV directly from your mobile just by connecting phone with TV.

It has got 16 GB internal memory which can be expanded up to 32 GB with an external micro SD card. With 48 GB of storage you can store ample amount of songs or movies on this phone without worrying about space issue. Other than inbuilt storage every HTC Butterfly handset gets a free 25 GB of cloud storage from drop box.

Do Check: HTC One X Plus

This phone run on the android v 4.1 Jelly bean with HTC Sense 4+.

HTC Butterfly price in India is 45,990 INR and you can buy it both online and at your nearest store.