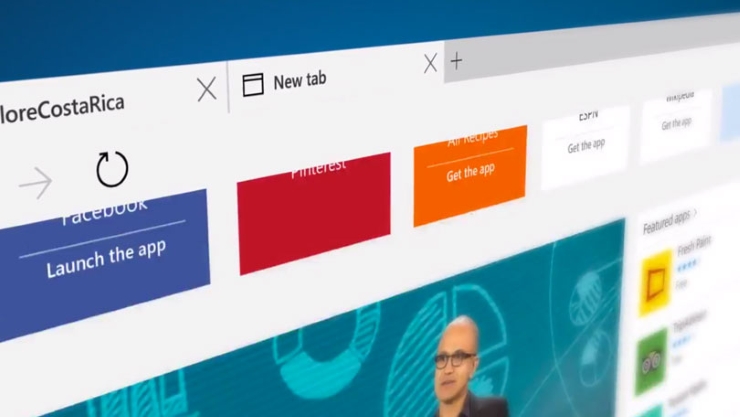 Update 3/31: After this story was published, a Microsoft employee tweeted to refute the rumor of a built-in ad blocker coming to the Edge browser. The article has been updated accordingly.

Integrate advertising bar on Microsoft Edge browser is a high priority for Microsoft and your browser will receive this feature soon. During the conference ‘Microsoft Build’ the company revealed that they are working on an advertising blocker, which is ranked No. 4 in the list of top priorities of the company. Other top priorities include the possibility of using extensions and plugins.

We are not building a native ad blocker within MS Edge, but we will support third party ad blockers like AdBlock and AdBlock Plus

Perhaps with the implementation of plugin or extension it will help to block the advertisement and protect your computer from malicious advertising on sites of dubious legality / reputation, it will also improve loading speed and reduce spending data to load portals, but now another problem arises in the end not only malicious advertising crashes, but 100% of advertising of any website will not be shown, for example us, without advertising, we would not exist, so it is a policy that is not finished like neither Google nor the online portals, for without advertising no income to survive.