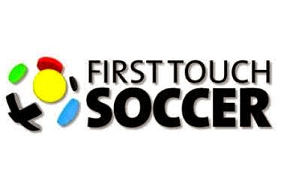 First touch soccer 2015 is a football simulation game for IOS and android which is worldwide known for its realistic gameplay, amazing graphics (as per a mobile device game) and escalating game features that would really make a mobile gamer love First Touch Soccer 2015.

Here we’re going to tell you about something about the release of First touch soccer 15. The game was first developed only for IOS. Later, when it got some fame, android developers also stepped in and took part in the making of android version for this game. For IOS it was first developed by X2 games and First Touch Soccer and was released on 4th May 2011. It since got its other versions. After the first one, came first touch soccer 14 and then came the latest which is FTS 15. It reached an extent of 10 million download which is nothing less than a mile stone for a mobile game. It brings you to an environment of professionalism, where you can really feel a football game and makes you hell of an addict. 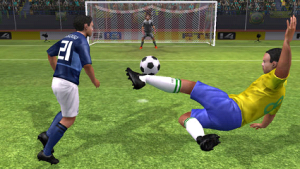 Different Icons from gaming communities game their view on the game. App Smile said,” Replay value is outstanding, as there are plenty of modes to keep you busy and a multiplayer mode to find human competition when the AI just doesn’t cut it”. App spy said,” First touch soccer boost and pushes up football genre on the play store even though it doesn’t have the same features as that in a console football sim game”. Maybe this one of the reasons why FTS 15 got so much acclaim on the play store scoring 4.5/10 on the google play store and reached a hall mark of 10 million downloads which shows that this game is really worth playing.