The topic “Does your cell phone works as spy!” is different to each individual. In an easiest way it can be defined as a device to monitor a particular place or a person constantly. It depends on the people that how they use their cell phone. Now a days there are different technologies to track others activities over the time. There are various cell phone companies like Apple, Nokia, Samsung, Blackberry, etc… which offer such handsets that can easily work as spy. Benefits of using such devices could me many, namely: 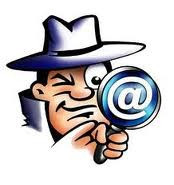 So there are basically a number of ways to track ones cell phone. It is simply done by installing spying software on the phone. There is a technology named GPS tracking facility by which we can track someone within 50 feet of its location. There are so many of spy cell phone gadgets available in the market. All of them have a same common objective that is to locate a person or a place.

There are so many spy installed cell phones but only few of them are best that have the capability to track ones location, text message email call history and many other features. Not all the cell phones support this facility.

There are certain negative points as well attached with this technology, such as a person can be continuously tracked by his Boss or Spouse. In some of the countries use of these types of cell phones and gadgets is strictly prohibited. There are chances that this software can be installed to ones cell phone without their prior knowledge which is indeed a serious crime. But there are certain steps that can help remove this application from the cell phone. If a person comes to know that his or her phone is installed with spy software, then the person can easily get rid of this application from his cell phone by simply following those steps. One can also easily locate if there is any kind of unauthorized access to his or her cell phone.

About the author: Kelly is a blogger by profession. She loves writing, reading and travelling. Beside this she is fond of luxury cars and wishes to own one day Toyota Avalon