Income and Traffic report is one of the best way to keep your visitors motivated and returning to your blog. Only because of this, I keep visiting some blogs often to check their income reports. Actually the income reports in most of the blog is details of their plan and revenue; the bloggers are transparent with their strategies that they implemented in that month. This way I can learn new things as well as get to know how much top bloggers are earning.

Many of us here might have a question on how much do top bloggers earn ? So to give you an idea, I have tried to collect the report and how you.

b. Traffic Report if they have publicly displayed.

d. Ranking based on their earnings.

When it is about income reports, Pat Flynn and his blog smartpassiveincome.com is highly transparent. Pat eventually discusses his traffic and income reports and describes them in brief.

The majority of earning came from Affiliates as he has earned just over 40,000$ from Bluehost itself as seen on his detailed January Income reports. He is involved in Youtube Video episodes and podcast to drive leads.

2. Just a Girl and Her Blog

Abby, a mom to two children makes some good earning through her blog and most importantly she publishes her details income reports every month. 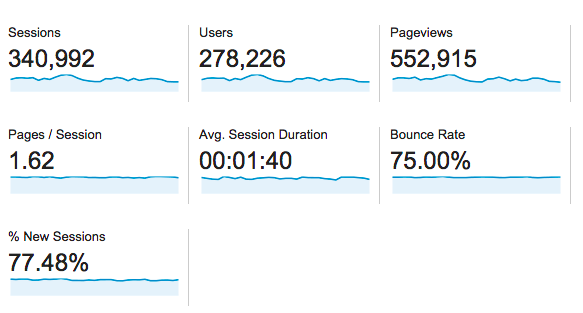 Just a girl and her blog traffic

Her blog received over 250,000 unique sessions that generated over 552,000 page views. The majority of the income came from product sales as she earned 6344$ selling her top performing eBooks. She also made a decent income from affialiates($5885) with bluehost covering $3440.

Former forth grade teacher and now a full time blogger from Minnesota, Lindsay has been inspiring on her food and travel blog, Pinch of Yum.

She received over 2.4 million traffic and over 3.6 million page views with pinterest being her top source of traffic sending over 600,000 visitors in the month of January, 2015.

The common share of income comes from Bluehost affiliates where she made just over 7000$ in a single month. The affiliates came from a post where she teaches how to start a food blog.

Beside all other bloggers, John Lee Dumas makes majority of his earning from Pod casting. The blog started to post its monthly income reports from September 2013 and has been giving an idea what they have been working about and how much they make every month.

As I said earlier, the major source of income is podcasting and entrepreneur on fire had over 400,000 downloads alone in the month of January. They made a total of $92424 alone from Podcaster’s paradise and $39,000 alone from sponsorship deals which makes the sense of majority of their earning. The blue host affiliate earnings have been pretty deem compared to other top bloggers as it made $1,500 from blue host that month.

The blog that surprised me a lot is By Regina.The last time I checked her Income reports, it was sometimes back in 2014 when she used to make not more than 3000$ a month and when I checked back now for this blog post, I found that withing six months she has increased her revenue by a huge margin. She made just over 16000$ in total this month which is 500% improvement than what I saw before.

She is a Austin, Texas based blogger who focuses on creating content for creative business owner. Her articles has already been published on USAToday.com and Entrepreneur.com

The majority of income comes from her eBooks, while she made over $2000 affiliate income from blue host. With just over 139,346 page views in the month of January she has a decent income report to share.

RPM stands for Revenue Per Mile, mile in Latin language understands for thousand so revenue per mile is an average earning per thousand page views.

The RPM Just a Girl and her blog makes is a satisfactory one, while Pinch of Yum has a low earning per thousand impressions because it is a food based niche which is comparatively a low paying niche.

Similarly Regina has an impressive RPM of 117$.

I hoped you enjoyed this blog post, please feel free to share your comments below and your monthly income if you want.