Samsung aficionados had been waiting with bated breath for the next iteration of the Galaxy series ever since it was first announced in March this year. The previous model raised the bar with its brilliant design, intuitive software and cutting edge functionality, and with the recent release of the Samsung Galaxy S4, the tech giant is aiming to tighten its grip on the smartphone market.

Samsung Galaxy S4 – One Phone to Rule Them All 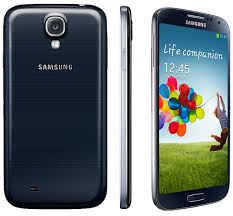 The latest incarnation of Samsung’s crown jewel was built to dazzle and impress. With its “one device to do it all” approach, the Korean techies have developed a phone that boasts a larger screen and bigger battery all the while keeping the design smaller than the S3. But the novelties don’t end here. Samsung has brought in the big guns by integrating a blazing fast quad-core processor to couple with Android’s out of the box Jellybean version 4.2.2 to significantly boost performance and device efficiency.

Here’s a look what Samsung’s flagship product has to offer:

Geeks dream in HD, no question about it. The Samsung Galaxy S4 packs a whopping 1080p Super AMOLED display that is a treat for even the most rigid eyes. The impressive 441 ppi display makes the screen pop and substantially sharpens dull images. Color saturation and contrast offer perfect viewing angles, however, if you feel that an image appears over saturated the phone allows you to tone down the setting according to your comfort.

The S4’s overall design, apart from being slightly smaller than the S3, is largely unchanged. Due to that fact the S4, like its predecessor, is sure to attract some negative criticism. The hyper glazed finish makes the smartphone feel like a toy instead of a flagship device the company is betting its future on. The S4 certainly isn’t the best looking among that elite group of smartphones vying to win your palm but it is certainly prettier than the unwieldy S3.

The Galaxy S4 has a long list of new TouchWiz features which are nicely enhanced by the most up to date version of Android’s Jellybean. The new user interface is also cutting edge in the sense that it introduces air and motion gestures to augment human-machine interaction. The lock screen features messages on top of beautiful photos hauled from TripAdvisor in the background. A new lens flare effect has been introduced; however, fans of the water ripple effect can still switch back to the old setting. The greeting on the lock screen can also be changed to display a customized message.

Photo enthusiasts are going to have a blast using the Samsung Galaxy S4’s powerful 13 megapixel camera. The phone features powerful optics capable of snapping a picture at a staggering resolution of 4128 x 3096 pixels. The front facing camera weighs in at 2 megapixels and is capable of taking high resolution pictures and recording HD video.

The camera app offers different modes mainly Rich Tone, Panorama, Night and Sports. Panorama’s are especially worth mentioning here as they allow a user to take a whopping 60 megapixel picture by doing a full 360° rotation with impressive results.

As expected the S4 supports all popular network basebands. The I9505 variant of the phone supports 4G LTE connectivity including quad-band GSM, GPRS and EDGE. Bluetooth 4.0 alongside Wi-Fi’s latest ac standard alongside a/b/g/n is also present to ensure seamless connectivity to 2.4 GHz and 5 GHz bands. And while you’re zooming through make sure there’s no cell phone spyware dampening your internet experience.

Despite the fact that the Android internet browser on the S4 has had little or no change; the S4’s hardware has the ability of significantly enhancing its performance. Web browser, which now supports gestures like double tap, pinch and two finger tilt zoom, is a treat to read on and displays great sharp colors.

Samsung’s Galaxy lineup of smartphones has produced some of the finest devices in recent memory, and the Galaxy S4 is definitely its most prized possession. Semantics aside, the Galaxy S4 is worthy to lead the elite group of flagship phones by delivering a stellar user experience.

Natalia David loves to write about new gadgets and monitoring apps. She regularly hops from one phone to the next to find the best cell phone on the planet. She tweets @NataliaDavid4