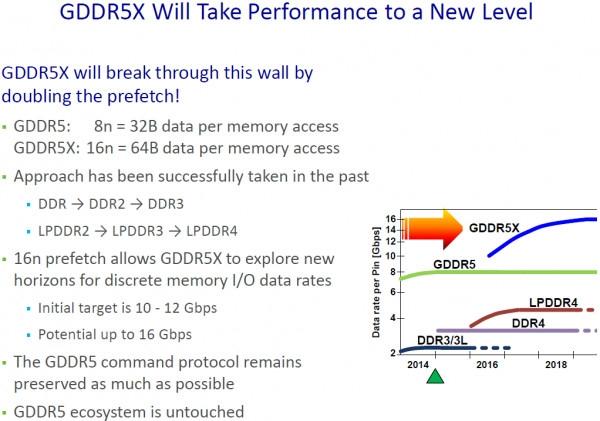 A couple of days back there were a few rumors emerging all over the internet that the US GPU maker NVIDIA will be implementing the whole new kind of GPU memory, i.e. GDDR5X instead of conventional GDDR5 in its upcoming “Pascal” generation of GPUs.

AMD will be using GDDR5X in its upcoming graphics series:

Although AMD already had High Bandwidth Memory aka HBM in its present gen Fury graphics adapters, while the lower end is continuing the conventional GDDR5. A month back there were rumors on the web that AMD will feature its next generation 14nm GPUs with HBM2, now a few sources claiming that AMD will be putting on a modified version of GDDR5 called GDDR5x in future GPUs. So a question which arises here is that whether the AMD will be using GDDR5X or HBM2 in their forthcoming generation of GPUs?. Well the answer is not that much complicated. AMD is going to feature the flagships with HBM2 and the slightly lower end will sport the GDDR5X memory type, the same trend we have seen in the current AMD graphic cards.

Now what actually is GDDR5X? GDDR5X is a modified kind of conventional GDDR5 and it offers double the data rate per memory access and better I/O rates of around 12 GBps.

What do you guys think will this strategy work for AMD again?