The much awaited and low priced Blackberry Q5 is finally launched in India at Rs. 24,990 and will be available in select stores from July 17, 2013.

This Blackberry which was unveiled this May, is the third smartphone from Blackberry to feature the Blackberry 10 OS.

The phone powered by a 1.2 GHz dual-core processor and 2 GB RAM, sports a 3.1 inch LCD display which provides 720 x 720 pixels resolution at 329 ppi, has 8 GB of flash memory, 5 Megapixels rear camera and 2 MP front camera. This device also has a physical keyboard which makes it stand out from most of the Apple and Android smartphones.

Do Read about Blackberry Z10

The handset comes equipped with a 2180 mAh non-removable battery and is available in Red, Black and White colors. 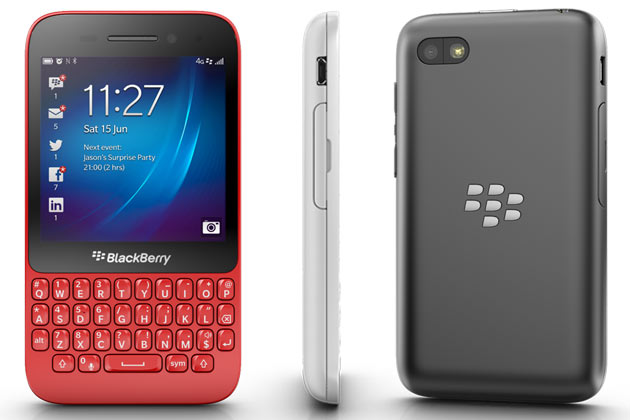