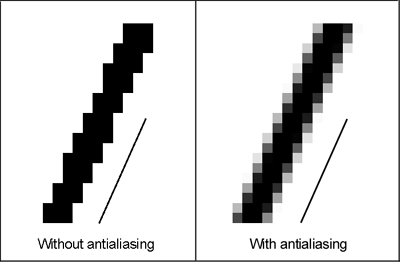 Aliasing is the jagged edges you faces when playing a game, uneven edges and zigzag sometimes. Anti-Aliasing (AA) is a technique used to remove these jaggies and uneven surfaces to make them look smoother. 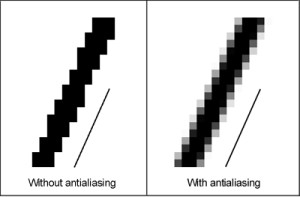 In games Anti-Aliasing techniques are used very widely in almost every game of the current era/generation. There are various types of Anti-Aliasing used in the games some of them are vendor proprietary.

Let us give a glance on Anti-Aliasing (AA) types:

Fast Approximate Anti-Aliasing or FXAA is a Nvidia engineered Anti-Aliasing that works in a greatly straightforward style. The  algorithm hunt down all edges in the picture, then smears them to make edges in image anti-aliased. It uses very slight blur filter also have negligible impact on your gaming performance, simply it will cost you 1-2 frames per second (fps). This type of AA is preferred if you can sacrifice slight image quality, off-course it is better than no AA. FXAA is the best Anti-Aliasing tech for those having mid end rigs.

Temporal AA or TXAA is again, NVIDIA proprietary tech. It uses lesser blur filters which make the image slightly blur, but the performance is amazing with loosing just few fps. 2 x TXAA impacts lower on performance of games and work much better than 2x Multi-Sample Anti-Aliasing (MSAA). Interesting chunk is that TXAA was first used by AMD in very old gen. Cards then abandoned it for poor performance, afterwards NVIDIA improved it and made it exclusive. In many NVIDIA partnered games uses TXAA exclusively for NVIDIA GPUs to lose lesser performance and gain higher AA image quality.

It is one of the very primitive kind of Anti-Aliasing invented back the eras of Direct X 8, still it is being used in every modern game as an open platform for both NVIDIA and AMD. It causes the performance to drop very frequently with an increase in MSAA quantity, for example 2MSAA < 4MSAA < 8MSAA visual quality achieved with higher MSAA is better, but it costs very much performance, probably will eat plenty of fps rendered by GPU. MSAA does not uses blur filters like TXAA so 8MSAA gives a decent result, but performance cost is much more than Temporal AA or TXAA.

Morphological AA or MLAA is AMD’s exclusive Anti-Alias technique, it cost the same performance as 2MSAA but the performance is not that much better. It does not use much blur filters like FXAA but FXAA costs lesser fps and works much better.

Coverage sample Anti-Aliasing is CSAA used in many NVIDIA partnered games like Assassin’s Creed IV Black Flag and Batman etc. as it’s Nvidia’s exclusive. It works on a similar principle as EQAA do by adding coverage samples to MSAA. Unlike AMD’s EQAA it works on all NVIDIA DX 11 GPUs and DX 10 GPUs since Geforce 8000 series.

SSAA or Super Sampling Anti-Aliasing is a brutal type of AA which eats your fps by a large quantity. The performance of SSAA is mind blowing with no blur and even sharper textures as its upscale image than downscale according to your Resolution, the sharper looking textures and no aliased edges is the result you will get by using SSAA but unless you have a beasty rig you will not tend to use it. In games like Metro Last Light you can check out how much performance does the SSAA reduces but indeed the quality attained is wow. 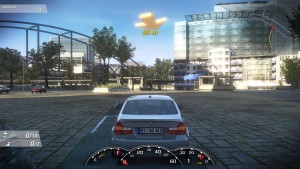 The above image is on 720p resolution 2MSAA is used you can see many jagged surfaces. 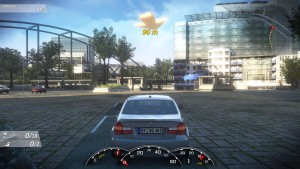 The above screenshot is taken with same 2MSAA and same settings as 720p but this the resolution is full HD 1080p. Here you can see lesser uneven surfaces despite of same game settings, same place and same amount of AA is applied, the only difference is the difference of resolution.