After the earlier version of the low cost Aakash tablet was thrashed by the users due to its poor performance, Datawind in association with the HRD ministry launched Aakash 2 – the new version of the Aakash tablet, in India at a
subsidized price of 1130 INR for Indian students while Datawind sells it at a
price of 2263 INR to the HRD Ministry. 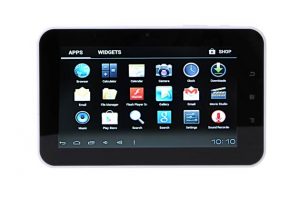 When compared to the original Aakash tablet, the new Aakash 2 tablet has some upgraded features like

The new tablet is said to offer upto 3 h of battery backup.

Availability & Price of the Commercial Version:

Aakash 2 tablet which is branded as Ubislate 7Ci is available for purchase on
Datawind’s official website with a price tag of 4499 INR.

What are your thoughts regarding this?