LG is about to release their next flagship device, the flagship of 2014 on May 27. Like many other most-anticipated flagship smartphones, the LG G3 has been a center of focus for many people waiting eagerly for this smartphone. The internet is full of inquiries about the new phone. Also, leaked photos of this device have been circulated over many websites as well. When the tension was getting higher; LG released an official teaser video of the phone which has taken the tension to the next level. But at least, people could now guess something about the new smartphone that is going to be unveiled soon.

From the leaked pictures, it’s been seen that the G3 is a pure beauty! The simple yet stunning looking handset has won hearts even before it is released. Thanks to tipster evleaks for leaking out the pictures well ahead of the release. The teaser video proves that the evleaks photos were legit.

So what is so interesting about the LG G3? 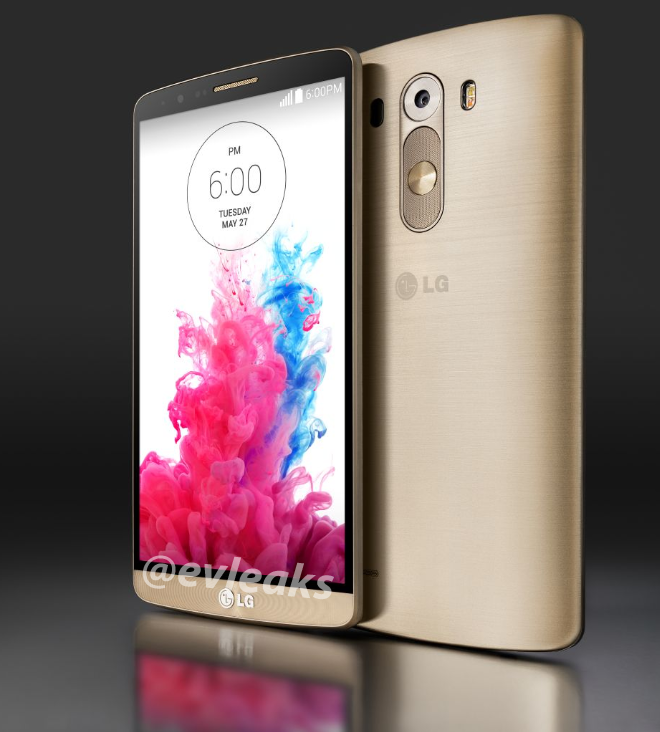 Before the HTC One (m8) launch, the number of leaks was too high just like this G3. The internet has almost gone crazy! But everyone is admiring the beautiful handset LG is about to unveil. Nice business policy there (about all the leak and stuff), LG!

Not only eveleaks; popular phone review website PhoneArena has also come up with a few leaked images. Not every image is made sure of the authenticity, but at least they look almost similar to the one shown in the official teaser video. Here’s the leak from PhoneArena: 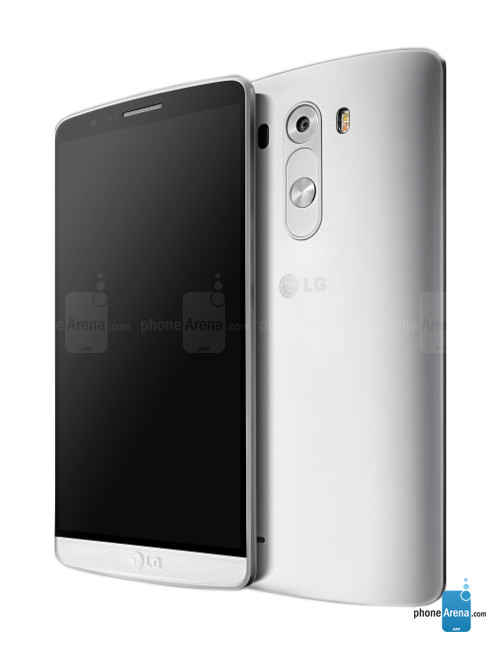 An absolute killer of the Samsung Galaxy S5! Samsung would definitely have to re-think about their next flagship device.

From different leaked pictures, mostly three versions of the G3 are visible. These three versions are black and white, golden and a whitish color; could be a silver coated version.

Illustrations can’t exactly show off how the real smartphones will look like in these colors. However, the metallic brush metal finish appears to look better. This isn’t a final vote for the black and white look though; because we have no idea how they will look like when we get to hold one. Who knows, the golden version could turn out to be the best looking one. Nothing is certain.

The rear illustration shows off the very nicely placed power and volume button. They should feel comfortable as their positions suggest. The camera is supposed to be equipped with OIS; the teaser video gave a glimpse of it. Right by the left side of the camera; it is believed it is an infrared focusing sensor. Even in darkness, the infrared sensor would be able to measure the correct distance between the lens and the subject.

The front panel illustrates the 5.5 inch qHD display. The bezel measures to be very slim, following the slimmer bezel tradition from the previous LG G2.

With most killer looks; there are highly powerful specifications as well. The phone is said to have a Snapdragon 805. For detailed specification, we have to wait.

More news on G3 will be furnished as we get them!

Author Bio: I am Prakash Thakur, a young Entrepreneur and a Technology blogger, currently living in Kolkata, India. Founder and Main author of LG G3 Updates.

Pic courtesies of @evleaks and PhoneArena