Enmity wise, the Samsung Galaxy S6 and iPhone 6 are the closest competitors. Yet these two smartphones were actually released in almost a 6 month’s gap like all previous iPhone and Galaxy S series flagship. Whatever the fight against these two be, the closest release to iPhone from Samsung is actually the Galaxy Note line. That being said, the Galaxy Note for the years 2015 and 2016 has already been announced in Samsung Unpack 2015. The Samsung Galaxy Note 5 is soon going to be hitting the markets and that reminds us, a new iPhone is around the calendar. Not sure whether the new iPhone is going to be called iPhone 6s or iPhone 7 – but for the argument we are vouching for the name iPhone 7. Sounds better, and it bears the lucky number seven.

Like Samsung’s flagship devices, Apple also follows a specific release pattern. A new iPhone is announced on late August or early September every year. According to the news sources, the big event of 2015 will take place by the 2nd week of September following last two year’s trend. On 2014, the new iPhone was released on 9th September and on 2013, the date was 12th September. Given the previous dates, we would cast our votes on September 9th, 2015.

After the unveiling event successfully takes place, the iPhone 7 will most likely be on publice sales from September 25th and pre-booking should start a week prior to the selling date.

The latest version of Apple’s OS for iPhone, iPad and iPods has already been released. The iOS 9 is currently on developer review state, anyone expert on gadgets may download a copy and try on their Apple device. However, the preview version doesn’t operate flawlessly like the final release hence people may still find trouble using the iOS 9 Beta. The final release of iOS 9 will be distributed on the iPhone 7 first and later on all other eligible Apple devices will eventually get it.

Apple held their World Wide Developer’s Conference back in June and iOS 9 was released on that event. 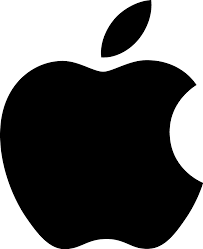 Regarding the hardware, sources couldn’t confirm the accurate specifications yet. Typical updates like a new Apple chip and few more enhanced features will be there – we assume a 2 GB RAM may be introduced on the next iPhone. The 9th generation of Apple chip named A9 is likely to be added on the iPhone 7 and maybe an M9 motion co-processor as well.

On the display front, Apple doesn’t make much improvements. Apple is happy with a resolution value that keeps the pixel density well above 300 ppi according to their retina standards – we had a Full HD resolution on the last iPhone 6 Plus though.

With Galaxy Note 5’s superior hardware configuration on the neck, Apple is certainly going to take well care of their hardware spec and marketing aspects.

An iPhone isn’t anymore a luxury – it’s a necessity to keep connected with the fast moving world. Keeping up the pace is absolutely necessary and nothing does that simpler than an iPhone. Naturally, we have high hopes for the upcoming iPhone 7.