While the Moto G has got huge initial response from the customers, the Galaxy Core doesn’t disappoint us either. So, lets compare the features and specifications of these two smartphones thereby concluding which is better. 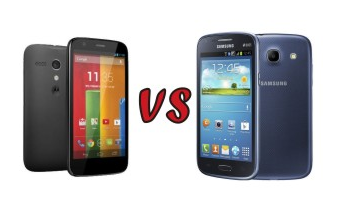 The Moto G has got a curvy design with changeable back panels and is most likely to appeal you when compared to the same old traditional design of the Galaxy core.

Both the smartphones has got a 5 mega pixels rear camera with AF and LED flash but the Galaxy core can capture videos at 480 x 800 pixels resolution where as the Moto G can capture HD videos. Also the Moto G has got a better front facing camera (1.3 MP) when compared to that of Galaxy core (0.3 MP) which makes the Moto G a better choice, camera features wise.

Here the Galaxy core has an edge over Moto G as it comes with an internal memory of 8 GB which can be expanded up to 64 GB using a micro SD card where as Moto G comes in 8 GB and 16 GB variants (no room to expand).

Both the smartphones feature various connectivity options like the support for Dual SIM, 3G, WiFi, Bluetooth, Micro USB and GPS. 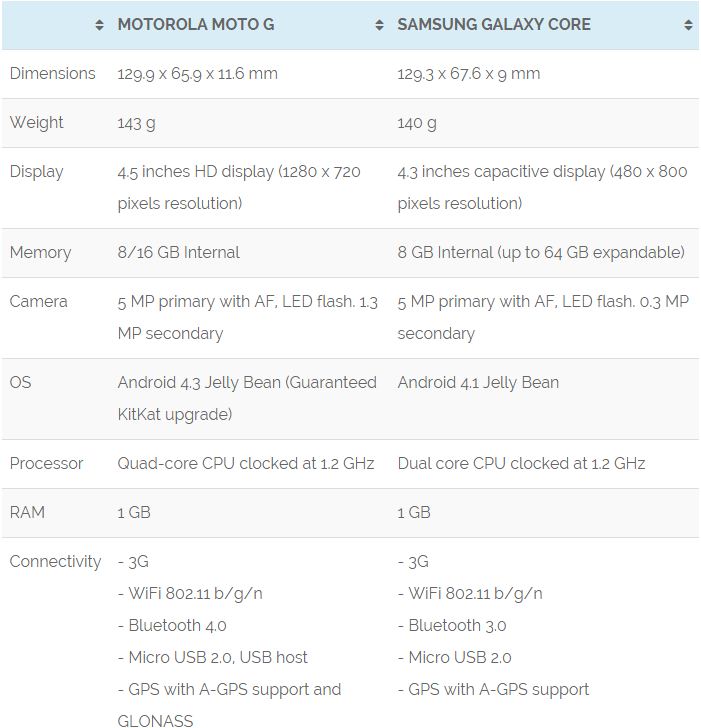 No doubt the Moto G is much better than the Samsung Galaxy core in terms of design, display, camera and performance. The only edge that the Galaxy core has over Moto G is a room to expand its internal memory.